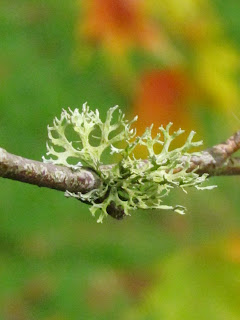 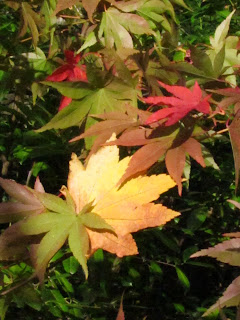 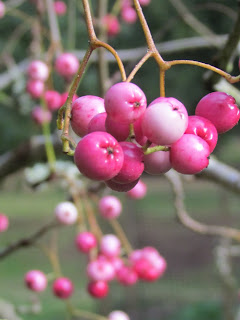 In the car Small Sprog taunts his sister "You've got no friends!" He says. She says something suitably scathing to him and he makes a face back at her which she doesn't see.

She has large group of quite close girl friends and she has worked hard to get to where she is. She is shy and knew no one whatsoever when she started her school 3 years ago. Now though, she seems happy with her lot, she has a nice group and they have a place somewhere in the middle of the school pecking order; all is well with the world. However, there are no boys. Her little group have resorted to 'marrying' each other on Facebook just so their status doesn't say 'single'! She may be feeling she is 'on the shelf' but I am more than happy I can tell you. On the other hand though, Small Sprog is keeping his end up (if you will excuse the pun!)

I noticed him carrying around a bit of paper yesterday evening. It was a little tatty, but I noticed he was squirreling it away rather than binning it. I didn't ask him about it, just in case.

At bedtime I went into his room to say goodnight and he was all tucked up. As I pottered around sorting out his man habit of hanging clothes up on the floor, he nipped out of bed saying "I just found this in my drawer"
"What have you got?" I ask as I notice it's the bit of paper he's been carting around all evening.
"This" He says, carefully unfolding the paper.

He is smiling proudly. There, drawn in 'Manga' style, was a brilliant drawing of him in his school uniform, waving. It was the sort of wave he does which is somewhere near his shoulder shrug, the one he does when he's not sure what to do, the one that works really well for him. It was a great likeness. "That's a fab drawing" I say to him "Who drew it for you"
"Shania" He says, all proud and a little shy.
"She's a good artist, it looks just like you" I say. He's holding really tight to it, I can see there's writing on the back but I can tell he's not going to offer up that bit for inspection.

I find him some Blue Tack and he fixes it onto his wall next to the frog photos, as I wonder if it would be really out of order to read the back of it when he's gone to school tomorrow.

He plops back into bed happily. I am glad he wanted to share his picture, he looked so proud, I don't think any one's done anything nice like that for him before. "You ought to make her something" I say, thinking that he'll not like the idea. However he says "Yes, I thought I'd make her a model, but it might get squashed on the way to school"

Gosh, I thought later, Perhaps he's a bit smitten (goodness me I am using words that my mum would use!). Then I spend the rest of the evening hoping his soft little heart doesn't get broken too easily.
Posted by Suburbia at Friday, October 07, 2011 13 comments:

They know you know...

I am being stalked. Really I am, or so it feels.

I click onto my Gmail and there's a reply from Tall Girl about making Sheep Cupcakes. Then I notice, along the band at the top there is a little advert that says 'Lakeland, the home of creative baking'. And do you know what? I actually click on it, just to see and there it is, all you need to make beautiful cakes, but how does Google know?

Then later, as I'm reading an email from Mum about fitting sensors to my window in the kitchen, I notice Google helpfully asking the question "Need new windows and doors?" No! I think, I do not need new bloody windows and doors, just go away and stop hassling me.

Then I send a terse email to Significant Other, with one eye on the blue advertising bar, which suddenly changes from baking to ask soothingly if I need 'Love Relationship Advise'. Ask him, I hiss to it!

Then I try to catch it out. I flick through some old emails and find one from earlier that has NHS advice on heart palpitations. Have a gander at this, I shout at the screen. And sure enough it hears me 'Business Photocopiers, call us with your requirements'

Mind you, perhaps I should be doing something a little more constructive with my time?
Posted by Suburbia at Wednesday, October 05, 2011 10 comments:

Tall Girl and I plan a shopping trip. Her school has an In Service Day and Ex Husband has Small Sprog, who hates shopping.

"Where shall we go?" I ask her when we are planning the trip, thinking about which shops she wants to visit. "Cheltenham" is her reply!
"To see Granny?"
"No! To shop"

It is not until I think about it that I realise her thinking. It is an In Service Day; what do Teen Girls do when they're not at school? They shop (well hopefully as that's the most innocuous thing they could do when they're left home alone) All her friends will be shopping, with each other, not their mothers. She has a dilemma, shopping with me means she has access to cash (little does she know) but it also means she cannot relax, she is instead on permanent look out for anyone she knows. See them first and she dives into the nearest shop, or behind the nearest rail, heaven forbid they may see her shopping with her mother, shock horror!

So I agree to take her to Cheltenham, if only for the fact that we can relax and not be peering around shop fittings every few minutes, like something out of an old spy movie.

As we drive there she talks animatedly about her forthcoming birthday. On arrival she directs me through the town the way she likes to go. All of a sudden she starts to wave and flap her arm about. "What are you doing?" I ask her suspiciously
"Oooh, I was so excited at seeing Cult" - one of her favourite shops - "That I waved at it by accident"!
By accident? And she thinks I'm embarrassing.
Posted by Suburbia at Tuesday, October 04, 2011 11 comments: