We are off on a canal boat for the weekend, everyone is excited. Tall Girl has an idea that she will lie out on the roof in shorts and T-shirt but the weather man says it's unlikely! Small Sprog has plans to drag his net along in the water and gather whatever he can catch in a bucket. He also has plans for a rainy day and has packed the game called 'Risk'. Tall Girl refuses to play it with him, Lovely Man has shown some enthusiasm. Lovely Man is already on the boat with his family. By the time we get there there should be bunting around the boat, which I can't wait to see. Photos to follow hopefully.

On the way home in the car tonight the children were talking about their plans. Tall Girl said she thought Small Sprog would look like a 'k'nome with his fishing net.
" 'k'nome?" I said as she had emphasised the 'k' sound at the beginning "do you mean gnome?"
She looked sheepish "I forget which silent letter it is!" She wailed while Small Sprog and I laughed until tears ran down our faces- the clue being in the title 'silent letter'! Poor Tall Girl. Dyslexia is a way of life around here, isn't it strange that she should think about the spelling when she says a word. It's a fascinating way of being, if sometimes just a little bit strange!

A few weeks ago Small Sprog brought home his school report. Contained within were his 'levels'. The government is obsessed with 'levels', all the children at school know what level they are on (even the youngest) and what their target is for the year. All well and good if you are a bright and confident, not so great if you are comparing yourself to those who are very successful.

Anyway, I digress. I was happy with Small Sprogs progress and told him so. However I couldn't help comparing his report with Tall Girls one at the same age, at the same school.

Now I know she's a girl and perhaps this accounts for some of the discrepancy but although his levels were similar to hers at the same age, his predicted grades were much lower. Tall Girl has exceeded some of her targets this year and some are going to be roughly what was expected. But do you know how they are worked out? It's not just about her, 'they' take into account family circumstances and whether she's on free school meals etc.

When Tall Girl was in year 7 she lived in a nuclear family. Small Sprog at that same age does not. Small Sprog is registered for free school meals because of my low pay, even though I make him sandwiches every day. (The school benefits from extra cash if you register your children even if the children don't have the dinners.)

It seems that Small Sprog is not expected to do so well at school because he lives with his single mother. His scrounging single mother who apparently lowers his life chances. Is this fair? Is it fair that he shouldn't be expected to do as well because he comes from a 'broken home'? Is it fair that women who live alone are portrayed as non working scroungers with little or no education themselves, who have, in turn, no interest in their offspring's education or future? It makes me mad that his levels are expected to be lower now that he lives outside of the accepted required norm.

Recently I have neglected him I must admit, but only because I have spent every night for the last weeks -though it seems like months- helping Tall Girl revise for her GCSE's. And all that effort will be his in a few years - is his now when he brings home work from school.

I am determined that they will get the same results as they would have if we were still living in a family unit. In fact, I think I am better placed now to give them more help than when I was in an unhappy place.

Tall Girl completed her Science GCSE today, she has worked incredibly hard -though physics baffles us both! So fingers crossed. I hope, desperately hope, that I can continue to support them in their education until they no longer need me to. The only thing that might interfere with that is if I have to work 24/7 to support them financially and then there will be little time for our family life, but perhaps that's what the government would prefer?

Tall Girl is very tall now, taller than me and very willowy and grown up looking. Her manner is becoming more mature too and I am enjoying watching her grow into a lovely woman.

This week I went for an interview for a possible job. The job isn't available yet, I just went along to see the school and talk to the Assistant Head. It felt like an interview though. The man I met was very pleasant but had quite a deadpan face and I still have really no idea what he thought of me or whether I will get an interview when they actually advertise the position.

Anyway, not long after I got home Tall Girl texted me in her lunchtime. "How did you get on in your interview?" She asked. Now this may sound strange but I thought that this was very grown up. She has never shown an interest or asked anything like that before. I was so pleased she had remembered and bothered to check, it felt really good to be thought of and it meant a lot to me.

It's funny how we develop all these little social skills over time. Just one little text or phrase can cheer someone's day -something to remember I guess. Who have you cheered up lately?
Posted by Suburbia at Friday, May 18, 2012 7 comments:

"Gardeners question time will be coming from the Malvern Spring Show..." Listening to the radio today I was suddenly taken back to an earlier time. My first date with (now) ExHusband was at The Spring Garden Show, its at the same time every year so a particular marker of time. It's not a thing I think about these days, although in our former years together we would often visit annually as an anniversary sort of thing - we were happy then, but the sudden mention of it did make me contemplate for a while.

On that morning I can remember being ready early. I remember feeling slightly nervous and wondering if I was dressed appropriately, asking the cat what he thought and getting the usual pedigree disdain! We sat together, cat and I, on the kitchen work top, waiting expectantly; it was the bast place to sit in order to watch for cars.

When he arrived he came in for a short time while I went upstairs to get a jacket, meanwhile the Very Bad Cat threw up a fur ball in front of him, leaving him helpless and wondering if he should have intervened. You can't beat a cat's sense of timing when it comes to vomiting or depositing a semi dead rodent when there's guests around.

The memory made me smile yet the memory seems a lifetime away.

This weekend - 17 (or is it 18?) years later- it is Lovely Man's 40th birthday and we have 'Plans'. How strange it seems, that we can look back in time and know what was happening in that time and space so long ago. So lucky that we can't look into the future and see what is in store for us on certain days at certain times. Markers of time, good and bad, are always a fascination to me. Do you like to reminisce?

I took this photo a few weeks ago. I'm quite pleased with it.
When I look at it I feel more cheerful, perhaps
because I can still imagine the warmth despite the current vile weather! 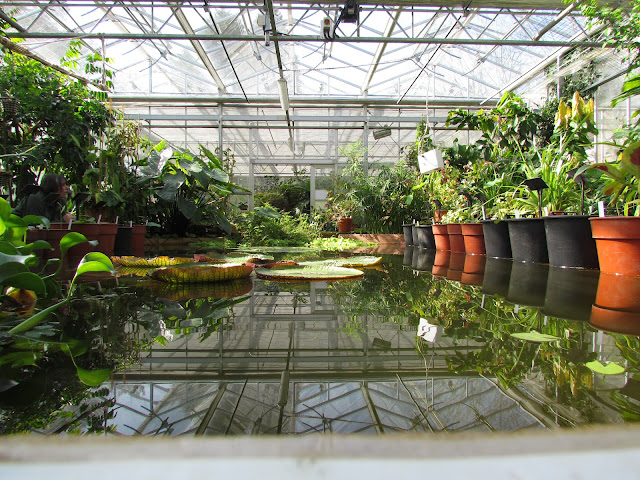 Please will you consider me for a job? Any kind of job will do. I can cook, clean, iron, sew, communicate and smile. I can sort out arguing children, teach dyslexic students, design house interiors and I have a First Class hons degree in Social Policy and Sociology. At the moment I work in a job that I enjoy but no one notices me. No one says please or thank you and no one is valued. We are all just numbers. We are all dispensable one way or another; if our contract is permanent then we can just be made to feel worthless until we find something else. At the moment I work in a job that pays so little that I don't pay tax but that doesn't help when there's not enough money coming into the household in the first place. At the moment I work in a job where I can't get any more hours even though occasionally there are some spare, they never come my way. Should I ask why? Should I ask what I am doing or not doing that means I am not considered? If I do, will I be singled out for more of the same? Or am I taking it all too personally? At the moment I am working in a job where I work overtime for free at the drop of that hat. I am very willing to please. I only need 5 more hours per week paid work to be able to benefit from tax credits which I desperately need, I am happy to work for £1 an hour just to be able to get this help. Dear Future Employer, will you consider me?
Posted by Suburbia at Wednesday, May 02, 2012 13 comments: